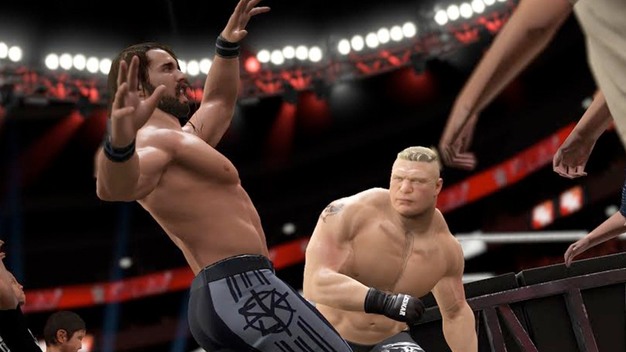 Pumped up by the thought of Brock Lesnar and Bill Goldberg clashing in the ring, it’s clear fans need to forget the stink caused by their notoriously awful meeting at Wrestlemania 20. That infamous, stagnant bout left the crowd deadened. A perfect pairing then for WWE 2K17.

Sadly, the move to a new publisher post-THQ did nothing to boost the WWE videogame property. If anything, it’s worse, slipping toward B-level software where wrestlers barely resemble themselves, an inexcusable amount of content is locked, gameplay systems trail off into relentless tutorials, and Jerry Lawler refers to the women’s roster as “guys.” Pair with ungainly in-ring animation and wonky collision for the only decent thing resulting from this series: glitch videos.