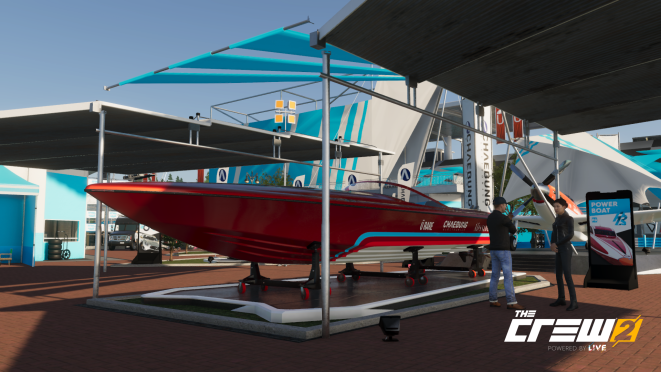 Here’s the concept of The Crew 2: A bunch of rebellious motor geeks set up unsanctioned races across the United States in order to gain personal online infamy. Street racing? Plausible, complete with civilians fleeing in terror as cars drift along sidewalks. Power boat racing on the Vegas strip? Probably not.

There’s tone deaf and there’s The Crew 2. Those power boats skim by the glass facade of the MGM Grand (renamed, because licensing). You can spot the window where an armed madman shot 500 people. This group also sets up prop plane racing through New York. Surely the citizens love watching planes glance their skyscrapers.

Bear in mind, this is unsanctioned. The Crew 2 mirrors Fight Club. Yet, they managed to cordon off Vegas’ premiere vacation spot, fill it with water, and host a race. Unnoticed. No one witnessed this. No one peeped organizers placing pylons on New York skyscrapers either.

There’s recklessness in a Forza Horizon way, where event makers considered roadways and paths while setting up their festival. It’s another to be this callous (and absurd) without a whiff of self-awareness. There’s no onus for why anyone would seek out such vanity, particularly within the fiction of this world. This isn’t digital tourism. The realism is equivalent only to saline, the characters all egoists, the escapism droll.

The Crew 2 has an affinity for diversity. Kudos for featuring a wheelchair-bound man who runs a Crew 2 sector. One wonders how that same man feels about cars careening carelessly through handicap zones in a rush to win internet followers though. A bit of a hypocrite, this one is.