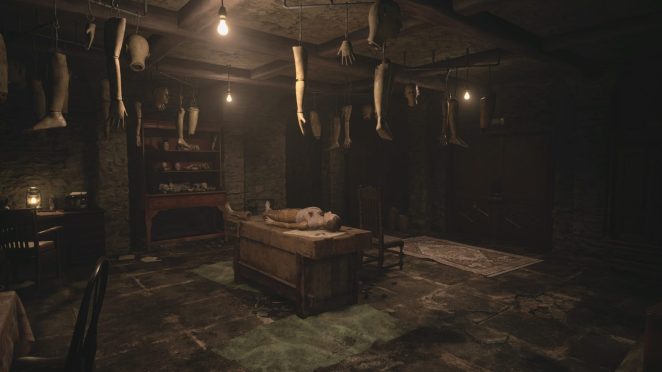 Ethan Winters’ journey across this and the previous Resident Evil represent a wiry, weird fable of emotional distress. Little of Village’s kooky, raw camp fits Winters’ pain as he tries to reunite his family and save his child; that’s just Resident Evil’s way (still), paying tribute to schlock horror.

Where Italian horror maestros in the ’80s and Universal’s old dark house stories bred weirdness, they too often stumbled on successful themes. Low-rent drive-in junk like The New York Ripper still conveyed the gruesomeness of a paralyzed, crime-locked New York. There’s room amid the cheap scares, and that’s where Village finds its way, improbably battering Winters, yet he goes forward out of parental instinct. The pain of loss is worse than that of losing fingers – or at one point, a lung.

At this stage, only fandom fanatics can stitch together the lore. Something about fungus and lycans and mind slaves, along with series regular Chris Redfield in the background (who goes full Call of Duty during a late game charge). That means Ethan must carry this story, easily individualized because his story is made personal through trauma and capable fear. Being charged by a grotesque, screeching, mutant infant is a series a highlight, and also, a manifestation of Winters’ own terror. That’s what becomes of his newborn if he fails. Mauling living dolls and transforming machinery seems worth it.
4/5