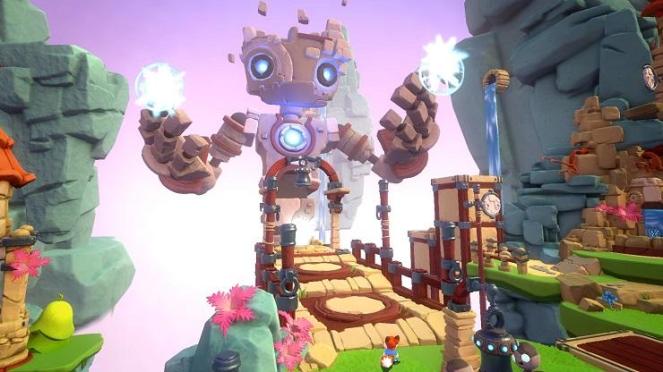 Kids likely won’t care that Lucky, a fox that for some reason collects shamrocks, doesn’t have a personality. Lucky doesn’t even speak. He runs and bounds over obstacles with enjoyable, cheery motion. Lucky is having a blast and that’s enough.

Timid and minimalist – that’s Super Lucky’s Tale. Quaint fantasy surroundings place Lucky in minor danger; it’s rare to see a sharp edge anywhere. Lucky’s storybook world looks like a bouncy castle. It’s visually and literally soft. Even when at war with a bunch of felines, everyone is amiable. Complete a few challenges and the cats step aside.

If Conker didn’t spin up into Saving Private Ryan parodies and general tastelessness, this is likely where the deranged squirrel would end up.